LIFE. “Like hundreds of visitors, I look out over the mighty ruin city of Machu Picchu in Peru. Below is the winding river Urubamba or Willcamayu, which in Quechua means ”the sun’s river”. I sigh with amazement, as do hundreds of hundreds of tourists every day, at the sight of these high mountains and the most famous creation of Inca culture.

Although it is not so easy to get here, the number of tourists increases every year. In an hour and a half, a bus takes us early in the morning from Cusco to Ollantaytambo, where a train awaits to take us to Aguas Calientes, a tourist town among green mountains. From there, a bus takes us along a winding mountain road 700 meters up to the Machu Pichu entrance.”

In October 1943, poet Pablo Neruda was said to have visited Machu Picchu. According to him, the visit came to be a magical revelation that transformed him as a human and as a poet. In 1945, he published one of his best-known poems, Alturas de Macchu Picchu (”Machu Picchu’s Heights”).

How could Pablo Neruda get to the city of Machu Picchu, is a question that is asked spontaneously? Luis Nieto Degregori, one of the more critical writers in Cusco, has researched the story Pablo Neruda’s visit to Machu Picchu. His father, Luis Nieto Miranda, met Neruda in Cusco in 1943.

In a 2004 chronicle entitled ”Neruda in Machu Picchu,” Luis Nieto Degregori claims that Neruda arrived in Cusco by train on the afternoon of October 26. With him was his wife Delia del Carril, the Peruvian writer Esteban Pavletich, as well as Uriel Garcia, writer and senator for Cusco.

Cusco, situated at 3,500 meters above sea level, was not the tourist Mecca of today. The city had only about 45,000 inhabitants, most of whom spoke Quechua that came to the Plaza de Armas chewing on coca leaves with their hats, colourful ponchos and llamas to sell agricultural products and handicrafts.

Cusco’s mayor appointed Neruda, the guest of honour in the city. During the visit, Neruda was hailed during a ceremony in Cusco’s theatre in the presence of representatives of cultural organisations, artists and workers from the area. Luis Nieto Miranda provided the welcome speech.

The Inca trail was an access road. Everyone who has passed it certifies that it is one of the most challenging paths on earth. The four-mile trail runs along steep mountain paths. The precolonial trail with high stone steps is maintained today by the guides. There are several archaeological centres and tunnels in the mountain. It takes four days and three nights to arrive, and you pass an altitude of 4,200 meters above sea level in cold air.

Neruda reads some of the poems. On All Saints’ Day, November 1, Neruda and his wife boarded the train to continue their journey to Chile. At the station, delegations from cultural organisations and trade unions dismissed them. Nieto Digregori claims that the local press did not inform about the poet’s visit to Machu Picchu. That trip must have taken place between Wednesday, October 27 and Saturday, October 30, 1943.

”On inaccessible paths and on ridge ridges, we came up to the lost city: Machu Picchu.” (Neruda, Condé Sur Iton, January 1972). “We got there on horseback. At that time, there was no road. From above, I could see the old stone buildings, surrounded by the high, green mountains of the Andes ”(Neruda, I confess I lived: memories, 1975).
Esteban Pavletich (1906-1981), a Peruvian writer, organised Neruda’s trip to Machu Picchu. Pavletich was 37 years old at this time and had the experience of climbing mountains after joining César Sandinos and Farabundo Martí’s guerrillas in Nicaragua in the late 1920s.

The Inca trail was an access road. Everyone who has passed it certifies that it is one of the most challenging paths on earth. The four-mile trail runs along steep mountain paths. The precolonial trail with high stone steps is maintained today by the guides. There are several archaeological centres and tunnels in the mountain. It takes four days and three nights to arrive, and you pass an altitude of 4,200 meters above sea level in cold air.

This is heaven. Altitude sickness can cause headaches, dizziness, lack of appetite and difficulty sleeping and can have complicated consequences. You have to prepare physically, and it is important to drink a lot of tea of coca leaves. It is an adventurous route. The day we visited Machu Picchu it started to rain.

We took the bus down to Aguas Calientes, and before we drank a Pisco Sour, it started raining with lightning and thunderous thunder. From the terrace of the restaurant, we saw how American, German, Italian, French and Spanish tourists continued to pour into Machu Picchu. No one goes astray anymore; everyone is well informed with the help of map and GPS in their iPhones. All are equipped with rain cover, hat and boots.

The journey to Macchu Picchu is still an unpredictable adventure to this day, also for well-trained tourists who travel a safer route than the Inca Trail. Pablo Neruda was not an Indiana Jones. Neruda was an urban bohemian dandy. He wasn´t a rock climber.
Could Neruda really have made it to Machu Picchu during a four-day ride? I haven’t been able to confirm that. 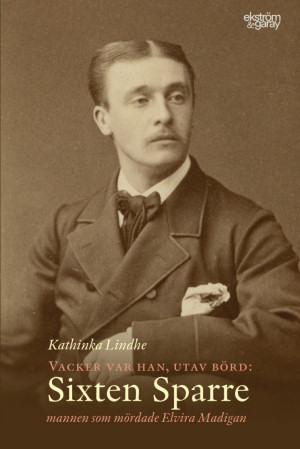 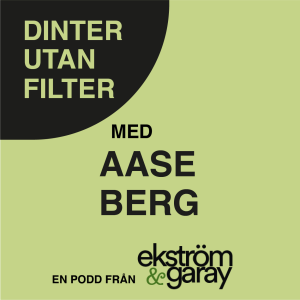